Of all the blondies recipes out there, this is my favorite!  Learn how to make blondies with this simple one-bowl method. When I was a kid, my mom used to make these butterscotch blondies, which we always called “blonde brownies,” and which always disappeared really quickly.

Unfortunately, the recipe was lost, a fact which has not only caused me great angst, but also sent me on a blondie-recipe searching spree that lasted months.

I was hoping I was close when I made these Nutella Swirled Peanut Butter Bars, and while they were delicious, it was not exactly the blondie I was looking for.  This recipe does not have any leavening agent in it, which makes the bars dense and gooey.

I wanted something slightly more cakey. My mom found a recipe that was very close recently.  I made an adaptation or two, and voila!  The blondie of my childhood appeared before my eyes!

Mom used to make these in a sheet pan and cut the crust off before serving them.  Grandpa would always sneak into the kitchen and eat the crusts.  He always said they were the best part!

I think he was also a little worried my mom would throw them away. Since Grandpa recently passed away, this yummy butterscotch treat has been on my mind a lot.  And, once I made them, naturally, the first thing I did was remove the crusts. 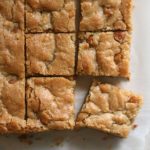 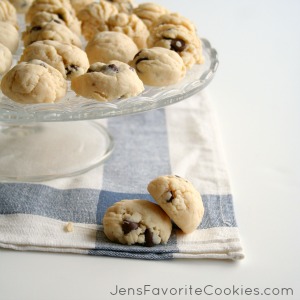 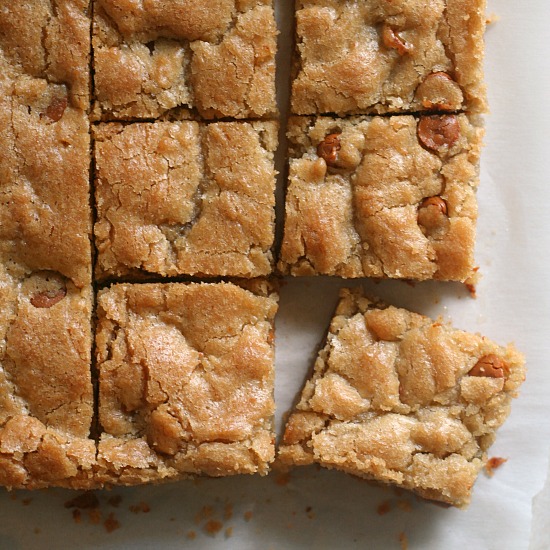 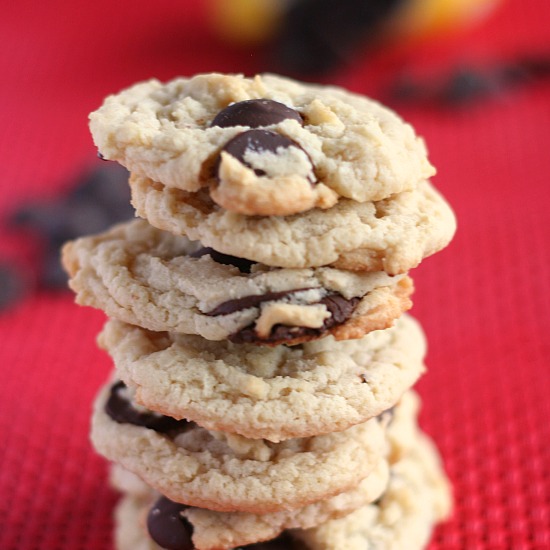 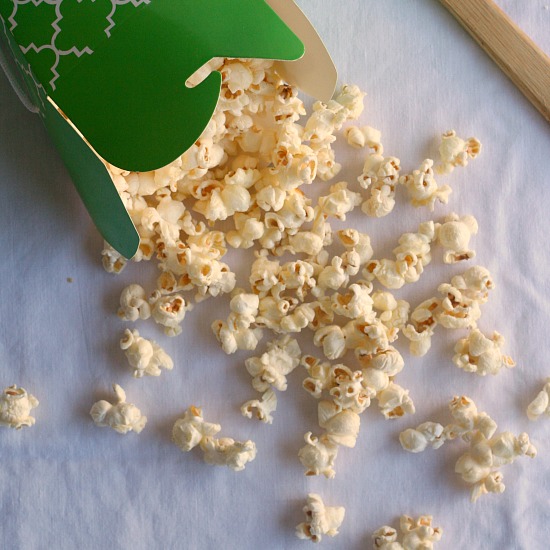 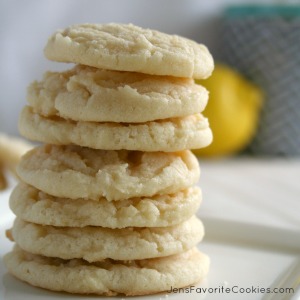 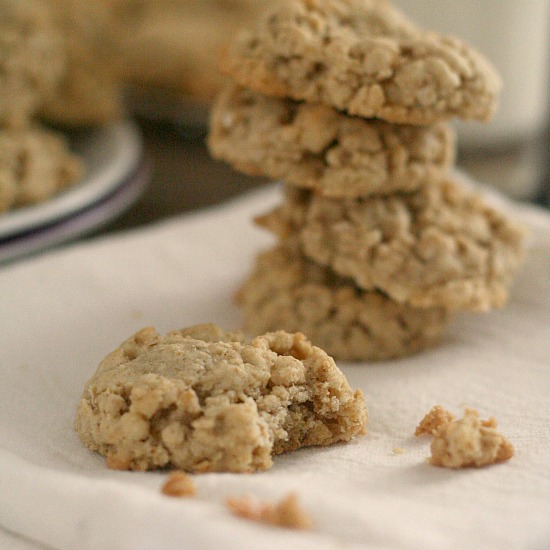 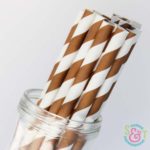 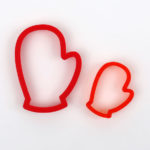 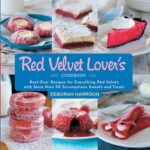 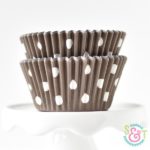 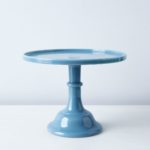 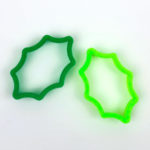